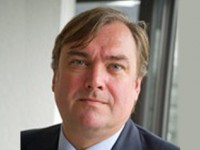 Scholtes worked from 1987 at ZyLAB, starting as President / CEO and since 2009 in the role of Chairman and leader of the Data Science team of the company. As of 2018, Scholtes is president of the Benelux Chapter of ACEDS, the Association of Certified eDiscovery Specialists. Scholtes has been involved in deploying in-house e-discovery software with organization such as the UN War Crimes Tribunals, the FBI-ENRON investigations, the EOP (White House), DNB, ACM, FTC, EC, ABN-AMRO, ING, Vanguard, Fico, and thousands of other users worldwide.

Before joining ZyLAB in 1989, Scholtes was lieutenant in the intelligence department of the Royal Dutch Navy.

Scholtes holds a M.Sc. degree in Computer Science from Delft University of Technology and a Ph.D. in Computational Linguistics from the University of Amsterdam.

He owns 8 patents in text-mining and machine learning.